Listen to our Radio BOL-Chat!
Online: 188

In the Memorial complex and the Shekid cemetery Veljaci in Bratunac, on September 1, for the first time, the adoration of bajram - namaza will be organized, confirmed Elvir efendija Hodzic, the chief brotherhood imam.

Bajram Namaz will be slaughtered under Musalle which is under construction, which is located next to the memorial - the room and the butcher.

As announced by the Medjlis of the Islamic Community of Bratunac, Bayram - the prayer will be slaughtered at 6:47 am, and sabah - a relief at 5:35 am.

Bajram - the prize will be led by the Elvir ef. Hodzic. 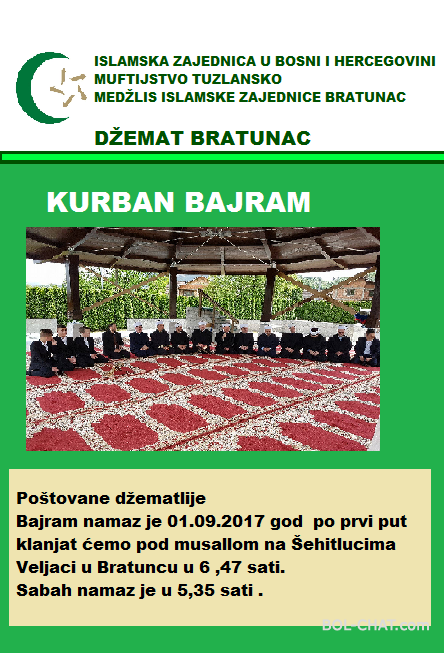