Listen to our Radio BOL-Chat!
Online: 88

Although presented as a ruthless dictator Muammar Abu Meniar el-Qaddafi of Libya, which was one of the poorest countries, created the nation with the highest standards in Africa

Since the Libyan revolution began, most of the media Moammar Gadhafi represented as criminals and dictators who oppress their own people. Today we know that everything was not as it is portrayed media machine that some achievements of Gaddafi's rule all the time suppressed. According to the system that was developed Gaddafi coming to power, education and health care were free in Libya. Before the arrival of Gaddafi to power, only 25 percent of the population was literate. Today 83 percent of Libyans reads and writes, and 25 percent have a university degree.

If a citizen has chosen to deal with agriculture, the state would get a house with land, farm equipment, seeds and cattle, to start a business and it all irrevocably. Few know that in Libya there were no electricity bills, but there were no no interest on loans to banks, which were all state. Gaddafi is the most zamjerano that violates human rights in Libya, but little is known that he ordered that as long as every Libyan gets the house will not even his family. Thus, Kadhafi's father died, and he was still living in a tent.

Gaddafi came out to meet the newlyweds. Thus, every young couple received state after 50,000 US dollars to buy a house and start a family. If the Libyan met with school abroad or would have been necessary treatment outside the country, would have financial help from the state that would pay all costs and would provide per 2,300 for accommodation and transport. 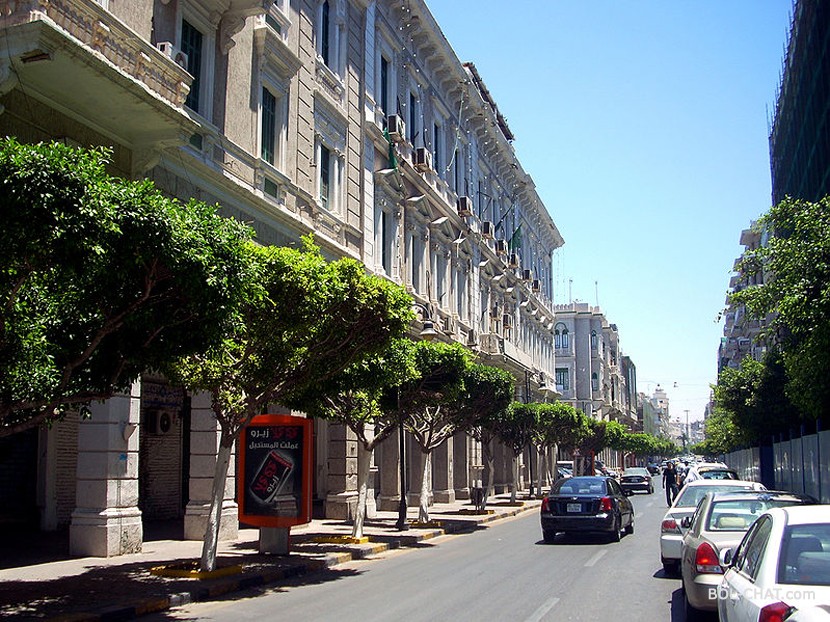 The state has even participated in buying a car, or cheaper than in Europe, but it will subsidize the purchase of a 50 percent participation. And when you already buy a car with gasoline there is no problem because the fuel in Libya cost 0.14 US dollars per liter , which was cheaper than water. And bread was practically free with the price of 0.15 dollars for a loaf of bread.

Gaddafi knew that waters were the most important for the desert country, and he made a large water supply system through the Sahara that connected Tripoli, Benghazi and Sirt , enabling uninterrupted supply, but also a rise in the city's population. Unfortunately, in the course of NATO bombing, much of this water supply was destroyed. Libya has left without any foreign debt with foreign exchange reserves of 150 billion dollars, which, indeed, have been frozen all over the world at the onset of the revolution. Any Libyan who could not find a job after finishing his education received a financial assistance at the level of salary provided for this type of occupation. While for each born child, women received US $ 5,000.

A part of the money earned by selling oil, the main export item of the country, was poured into the accounts of all citizens of Libya.

When Gaddafi came to power, true coup, in 1969, Libya was one of the poorest countries in the world. Before he got into problems with the rebels, Libyans are belong to the families of the highest standards in Africa. Libyan who lives in the Balkans, Mohamed Alsakit Abdulgasem, believes that almost everything the media said about Gaddafi untrue and that things are quite the opposite. "Libyans under Gaddafi lived normally and freely as you live here in Europe. They say Gaddafi for 42 years the authorities killed two or three thousand men. Over the past year in Libya has killed over 60,000 people. It's about just one year!

They say Gaddafi stole our money. He lived in a tent, and his relatives lived like everyone else. Even if he stole millions, do you know how many billion we lost because of the war that hit us and how much are we losing now ?! Everybody is now making them do not know and no one mentions our oil. They said Gaddafi was a dictator.

In his day, 17,000 people were lying in jail. And they were all convicted criminals. Now there are at least 27,000 people in prisons. In the meantime, the criminals are released, and those in prison are the only ones who are the only one who supported Gaddafi . The problem was not Gaddafi's dictatorship, but that large countries and large companies have economic interests in Libya. "

Mohamed admits that there were mistakes in Gaddafi's time, but he also says there were critics who asked for things to be fixed.

"In Libya, it was not perfect and there are critics. And I've written many articles for Libyan newspapers about it. So, there is freedom of speech. Those who were against Gaddafi would split into three groups. The first consists of those who wanted to live in Libya even better and that we have better conditions of education, work and life. Themselves as this group. The second are those which have come from outside, with NATO. The third group consists Islamists. They are the strongest because they have a major impact on the local population. Very fear radical Islamists and the possibility that Libya becomes a new Iraq - that every day are bombings and killings. "

Although not visited the country before the war, Mohamed says he heard from relatives and monitor what is happening there.

About how in Libya today, says:

"Everything is in chaos. One day there is electricity, but no ten. The Internet does not have, and the phones work sometimes. All utilities are stale and everything is in chaos. At the time Gaddafi could you fill the tank of fuel for three euros , and now a few months the shortage?! The problem in Libya is that no one can control the tribes. Now you have a million Gaddafi in Libya who think that they belong to all and all they want to appropriate for themselves! I like Gaddafi, because in his time had it all! Gaddafi gave hope to Africa. He wanted to make one bank for the whole of Africa. Well, that struck the West and their interests. "

Croatia is always presented as a friend of Libya and we learned in school. Croatian citizens are 50 years went to work as engineers and workers in Libya and it gave them life and existence.